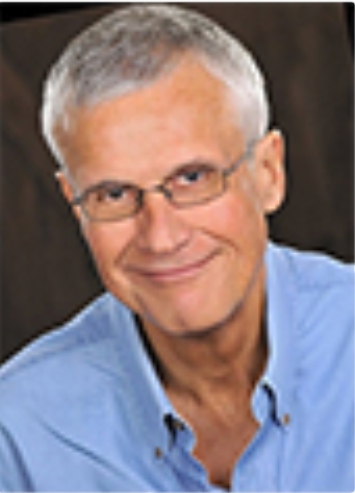 Jeffrey brings to his teaching a varied and interesting background in the theatre. He spent 13 years as a successful New York talent agent, has extensive experience as a casting director, producer, director, and as an actor. In recent years, he taught classes at the renowned Weist Barron Studios teaching courses in acting for stage and camera. He currently directs his dramatic improvisation company in compelling theatrical events rich in elements of drama and social significance. Jeffrey Zeiner is, and has been for over 30 years, one of New York City’s most acclaimed acting coach. His professional training workshops in film and stage acting are consistently sold out. His numerous showcase presentations are well attended by top industry representatives and casting directors. His extensive background includes thirteen years as a New York City talent agent, a casting director, a producer, and an actor. His is well remembered and embraced by the entertainment community for having created and having served as the exclusive talent coordinator for the infamous nightclub New York City’s Brothers and Sisters Cabaret and is responsible for launching the comeback engagement of Barbara Cook.

Mr. Zeiner has taught sold-out classes for over 25 years. Recently he has held the only continuing education class at Weist-Barron Studios in New York City. Mr. Zeiner has offerings for both the experienced working actor, and those who want to become one. Students that have studied with Mr. Zeiner have gone on to work with major New York agencies. In a profession that allows little time for an actor to prepare, the actor needs to make choices fast. Jeffrey’s approach does just that. He prepares the actor to do the acting – not the dialogue or script. Jeffrey Zeiner brings to his teaching a varied and interesting background in the theatre. He spent 13 years as a successful New York talent agent, has extensive experience as a casting director, producer, director, and as an actor. In recent years he taught classes at the renown Weist Barron Studios teaching courses in acting for stage and camera. He currently directs his dramatic improv company in compelling theatrical events rich in elements of drama and social significance.

What People Say About Jeffrey Zeiner

"Jeffrey Zeiner prepares the actor from the audition through the performance with stunning results. In my experience he is the best teacher in New York."

FRANK ZAGOTTIS
FORMER MANAGER OF DVD OPERATIONS, HBO
“I have been with Mr Zeiner for approximately one year. One of the most exciting moments for me came in my first semester of class. As I got up to work, I was nervous, intimidated and feeling defeated about the difficulty I was having in connecting with the character. Mr. Zeiner calmly helped me to make an acting choice that enabled me to connect not only with my role, but with the other actor on stage. It was unbelievable! It was magic! I was no longer self-conscious. I was on-stage with a true sense of purpose; I was listening, seeing and reacting all in character. I have become more involved both emotionally and physically in work and the growth in my own confidence as an actor is undeniable. Mr. Zeiner’s patience and ability to teach are priceless.”

KAVIN. COLEMAN
ACTOR/STUDENT
“After working with Jeffrey for four years, I have become very comfortable working improvisationly and thinking on my feet. This has served me consistently in my auditions. I now feel safe in going to the greatest depths within myself and allowing an audience to see me in these vulnerable places. Also, I now know how to instantly get out of the way and let honest performances come through. Jeffrey is interested, caring, involved in our work and progress. He is kind, Hilarious, understanding and always there to guide and advise. His heart is in his work and with his students”

MJ SAMYER
ACTOR/STUDENT
“One of the most important things I have learned from Jeffrey is the importance of grounding and fleshing out any characterization with specific details. He also stresses and teaches how to make strong and useful choices as quickly as possible. In essence, You are learning how to pay attention to what is given to you as well as learning more about yourself, your instrument, and how to use them more fully in performance. Jeffrey has pushed me to do scenes I didn’t think myself capable of. In doing so, I believe I have grown as an actress, matured as a confident professional and had the time of my life doing it.”